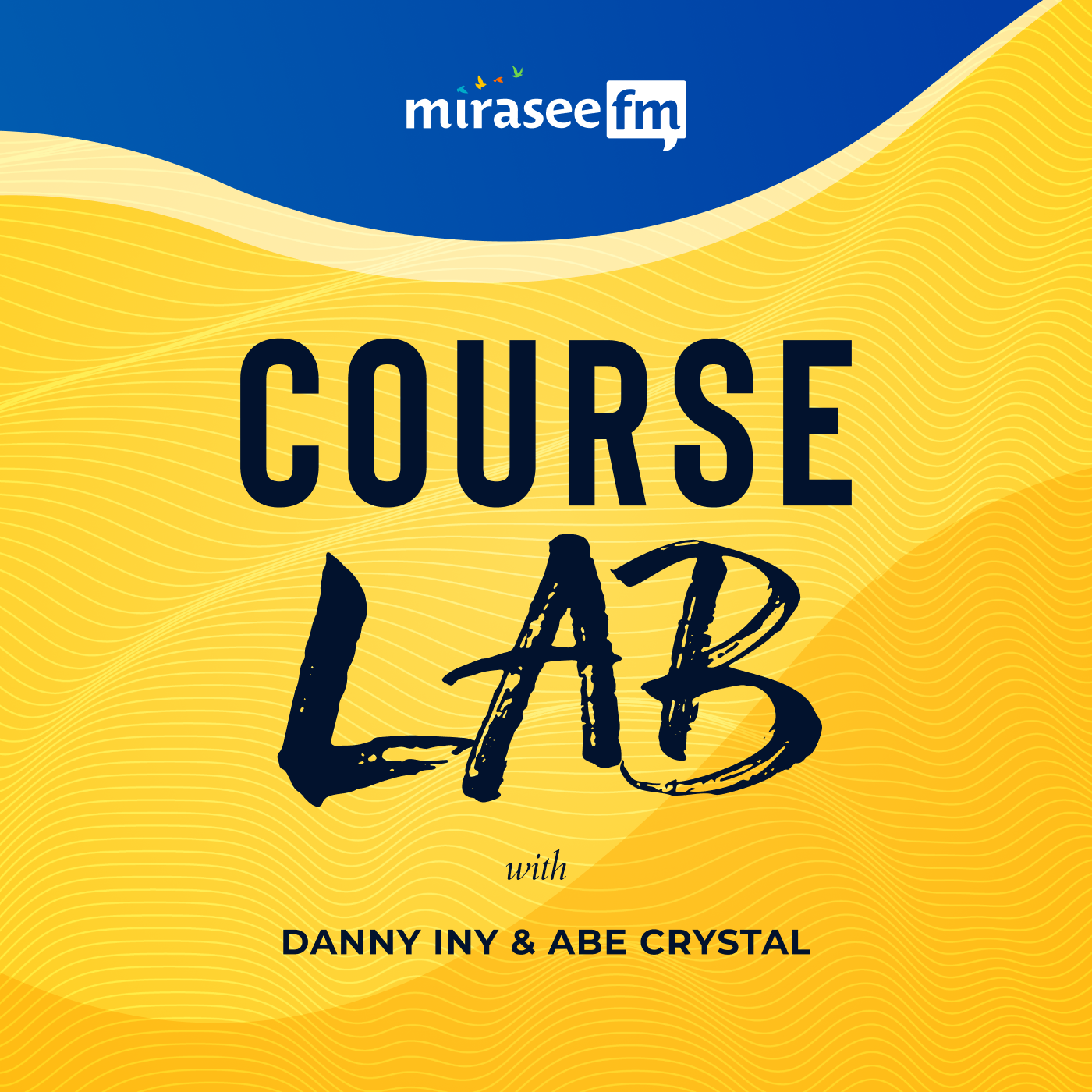 The world of online content is saturated with expert advice and information. Michael Port encourages course creators to challenge the status quo. Making a difference requires changing the way your students think about the content and about themselves.
Michael Port is an author, speaker and course creator. His latest book is titled The Referable Speaker. He runs a business called Heroic Public Speaking and is the host of the popular podcast, Steal the Show.

In this episode, Danny and Abe talk with Michael about his wildly successful, high-ticket course on public speaking.

In this episode we discuss:
What is the difference between an expert and a visionary, and why is it important?

– Michael Port
Michael Port has written nine books, including The Referable Speaker, Book Yourself Solid and Steal the Show, the latter which—according to the former President of Starbucks—“might be the most unique and practical book ever written on the topic of public speaking”.

He’s been called an “uncommonly honest author” by the Boston Globe, a “marketing guru” by The Wall Street Journal, a “sales guru” by the Financial Times, “a public speaking phenom” by Jonathan Fields and “the best public speaking coach in the world” by Lewis Howes. The founder of MastermindTalks, Jayson Gaignard, declared, “Michael Port is the best speaker I’ve ever seen”.

His books have been on the bestseller lists of the New York Times, Wall Street Journal, USA Today and Publisher’s Weekly. They have also been selected by Amazon and 800-CEO-READ as “best books of the year.”

He was once a professional actor, having received his MFA from NYU’s Graduate Acting Program, guest starring on shows like Sex & The City and Law & Order, and in films like The Pelican Brief and Down to Earth. These days, Michael can be seen on MSNBC, CNBC and PBS as an on-air expert in communication and business development and as the host of the most popular podcast on public speaking and performance, Steal the Show with Michael Port.


Resources or websites mentioned in this episode:

If you don't want to miss future episodes of Course Lab, please subscribe to Apple podcasts or Spotify or wherever you're listening right now. And if you liked the show, please leave us a starred review. It's the best way to help us get these ideas to more people.