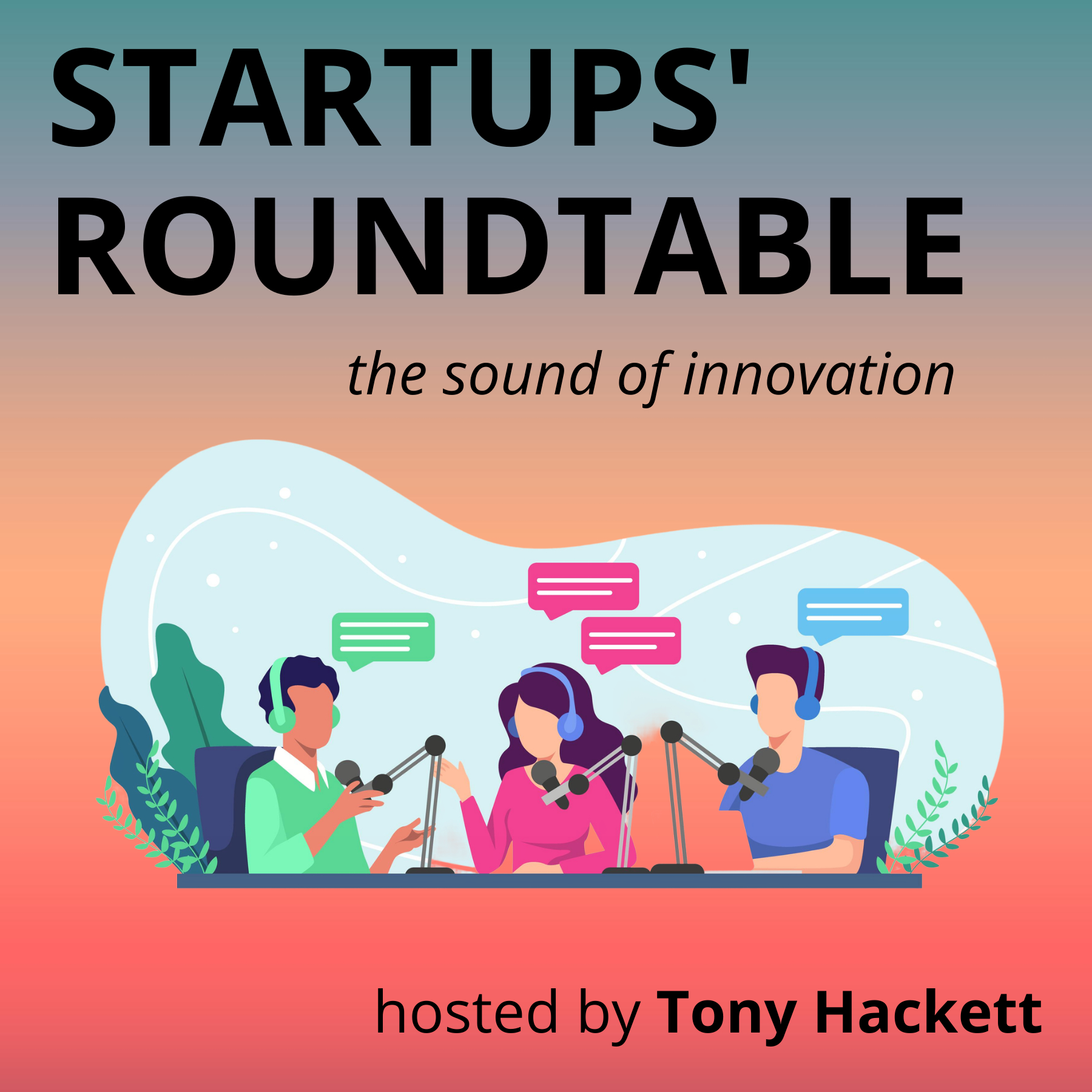 Miriam Schwab is Co-Founder & CEO of Strattic, a serverless publishing solution for WordPress websites that makes them more secure, faster and scalable. In this episode, Miriam takes us through Strattic's technology and business model differentiation in the WordPress world. The lessons are many and include the importance of technical depth combining with business savvy, but never in isolation to a connected understanding of the customer.
Miriam Schwab and the Strattic team are helping people and doing good in the world by making web security simple and accessible to all.
If this was important yesterday and today, it can only increase in importance as we mature our work practices and communication routines.
Miriam provides valuable insights in this conversation, from developing a unique proposition in a crowded space, through to the value of mentors.  It was also great to hear her perspective and considerations around diversity and inclusion in a startup.

[00:00:05] Tony Hackett: Tony Hackett is my name and I'm your host at the start Ups Roundtable. Today's guest is Miriam Schwab, and she is co founder and CEO of Strategy, a serverless publishing solution for WordPress websites that makes them more secure, faster and scalable. In this episode, Miriam takes us through strategies, technology and business model differentiation. In the WordPress world. The lessons are many and include the importance of technical depth, combining with business savvy but never in isolation to a connected understanding of the customer. So let's hear from mirror.

[00:00:43] Miriam Schwab: Okay, so I'm here in Schwab. I'm originally from Canada, actually, but I've been living in Israel for the last 26 years, and now I am the co founder and CEO of a startup called Static. Static publishes WordPress website as static, and that makes the sights much faster, basically unlikable and seamlessly scalable. We're like intend hosting platform that's very different than the other ones, the conventional ones that exist out there
[00:01:13] Tony Hackett: And what was the trigger to go from this being a good idea to actually being something you stepped all the way across to start your own company

[00:11:17] Tony Hackett: What tips and tricks would you share that a part of your change selling in this covid universe that we live in right now and leveraging online and remote access?

[00:11:29] Miriam Schwab: Well, we can't depend on conferences anymore. That's that's something that's changed. From January to June, I was supposed to fly six times to six different countries, and I was going to be speaking at at least three conferences and participating in three more. It was something like that. I always found that speaking at conferences was an excellent way to create awareness among people and position itself as a thought leader but that's no longer an option. I do participate in online conferences quite a lot, but in the end they're missing the vibe that the in person conferences have, and in the end you're essentially just another webinar, and people are starting to get burned out from online events. So that's a challenge. So aside from that, it depends on what you're selling. But I've always approached whatever your product or service that I'm working on by being participatory in communities, trying to help people as much as I can with my knowledge and supporting others. You know, in their efforts to do their own jobs and just being out there then that generally no inbound or word of mouth and things like that. That's like scalable to a certain extent at the beginning of a startup. But we're at a reflection point to start looking on on more scalable sales methods. And so we hired a director marketing Who's going to be leading that?
[00:12:54] Tony Hackett: I must say that's something that's very much a friend of mine for me and my role. I'm in a business development role with a tech company, and the accounts are by and large, quite mature customers, a small number and it is truly the challenge. It's so how to get people's attention. It feels to me it's about trying to get to this heightened degree of granularity, of understanding, a problem, but not just that being able to make it really simple to understand how can take baby steps in testing that out because no one's going to say That's fantastic. The other thing is you made a really great point about not being face to face. Trust comes from that being able to be read in a room and being able to read a room, and that doesn't exist. So then how do you build those proof points and make sure that people are confident you're not going to wreck their career, let alone the company, let alone their customers?

[00:13:51] Miriam Schwab: No, totally. I am fortunate to be in a position where, for the last like 10 years, I've been very active in WordPress community and I've been flying to the conferences and I built connections and relationships there with many people, and so even though I can't meet more people face to face, that helps. But I don't know how someone who's like let's say, breaking into a new industry, how they would try to stand out from the crowd in this online world. One way, I would say, is creating content, creating, you know, blog posts and videos that always helped me. And if a person can invest in that now, I would say that that's probably something that they should be doing in order to start building their reputation.

[00:23:53] Tony Hackett: The strategy story is an amazing story. I'm so glad you've been introduced to it today. And Miriam, Thanks for taking the time and sharing your insights and tips for other people who might be looking to go the startup journey as well. So thanks very much.
[00:24:05] Miriam Schwab: My pleasure. Thanks for having me.
[00:24:07] Tony Hackett: That's it for today. I hope you enjoyed this conversation with Miriam as much as I did. And, as always, feedback is appreciated. Thanks for listening. And bye for now.